1 – They were seeking a new social order.

2 – Nature is being threatened by high technology.

3 – The new President imposed a drastic economic plan and he saved the country from catrastophe.

4 – They didn’t fulfil the people’s expections.

5 – Everybody was consuming contaminated food and water.

6 – Foreign fishermen were eliminating not only commercial fish but other rare species.

7 – Someone has reported computer software malfunctions.

9 – The pristine forest wasn’t devastated by wildfires but by men.

10 – Thousands of buildings were being threatened by the blaze.

12 – They didn’t prohibit cooking in the forest.

13 – They know that she receives eletronic mail messages from all countries.

14 – They have already discovered something but they haven’t told Norton yet.

15 – They turned off the lights and left the room in the dark.

16 – She is going to dedicate her best look to her nephews.

18 – They alleged that the air outside was polluted.

19 – The department of Education is going to make an important finanantial contribution to the project.

20 – Society should offer them rewarding jobs.

21 – Skin Cancer is said to be caused by a long exposure to the sun.

22 – They say that employment cause social unrest.

23 – It is admitted that new jobs require the use of telecommunication.

24 – Everybody thinks that factories are polluting the rivers.

25 – It was claimed that the drug produced no undesirable side-effects.

26 – They believe that government is thinking of imposing new special taxes.

27 – They allege that each family throws away one tonne of rubbish every year.

Transform the active verbs below into the passive voice. Omit the by-agent whenever possible.

a) Most students use school computers for projects.

b) Nowadays people renovate old apartments and rent them out.

d) Everyone ate my birthday cake in five minutes.

Rephrase the following sentences, beginning the words given. Omit the by-agent whenever possible.

a) Nowadays many firms make employees redudant without warning.

b) Parents were invited to the school meeting on Saturday.

c) All teachers give tests before the end of the term.

d) Apple has been producing innovative hardware for some years.

1 – A new social order was being sought.

3 – A drastic economic plan was imposed by the new President and the country was saved from catrastophe.

5 – Contaminated food and water were being consumed.

6 – Not only commercial fish but other rare species were being eliminated by foreign fishermen.

7 – Computer software malfunctions have been reported.

9 – Men and not wildfires devastated the pristine forest.

10 – The blaze was threatening thousands of buildings.

12 – Cooking in the forest wasn’t prohibited.

13 – She is known to receive electronic mail messages from all countries.

14 – Something has already been discovered but Norton hasn’t been told yet.

15 – The lights were turned off and the room was left in the dark.

16 – Her nephews are going to be dedicated her best book.

18 – The air outside was alleged to be polluted.

19 – An important finantial contribution is going to be made by the department of Education.

20 – They should be offered rewarding jobs.

21 – A long exposure to the sun is saud to cause Skin Cancer.

22 – Social unrest is said to be caused by unemployment.

23 – New jobs are admitted to require the use of telecommunication.

24 – Factories are thought to be polluting the rivers.

25 – The drug was claimed to have produced no undesirable side-effects.

26 – The Government is believed to be thinking of imposing new special taxes.

27 – Each family is alleged to throw away one tonne of rubbish every year.

a) School computers are used for projects by most students.

b) Nowadays old apartments are renovated and rent out.

c) Fantastic deals can found in sales by consumers.

d) My birthday cake was eaten in five minutes.

a) Nervous expression reference. Nowadays employees are made redudant by many firms without warning.

b) The school invited parents to the school meeting on Saturday.

c) Tests are given before the end of the term.

d) Innovative hardware has been being produced by Apple for some years.

What is the passive voice?

In general we tend to use the active voice. That is when a subject does an action to an object.

Get it Now, it's free

The passive voice is used when we want to emphasize the action (the verb) and the object of a sentence rather than subject. This means that the subject is either less important than the action itself or that we don’t know who or what the subject is. 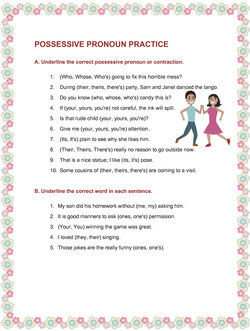 When we know who the subject is, we put it at the end with by. We call this an agent.

Most writing instructors and editors recommend against using the passive voice, when possible. The reason for this is that when you use the active voice, your writing is clearer and less complicated.

If it’s a long sentence and you know who the subject is, it’s best to use the active voice.

The passive is often used to report something or to state a fact.

The passive voice is not a tense in English. Each tense has its own passive voice which is created by using a form of the auxiliary verb to be + V3 (past participle)

The passive voice in each tense: 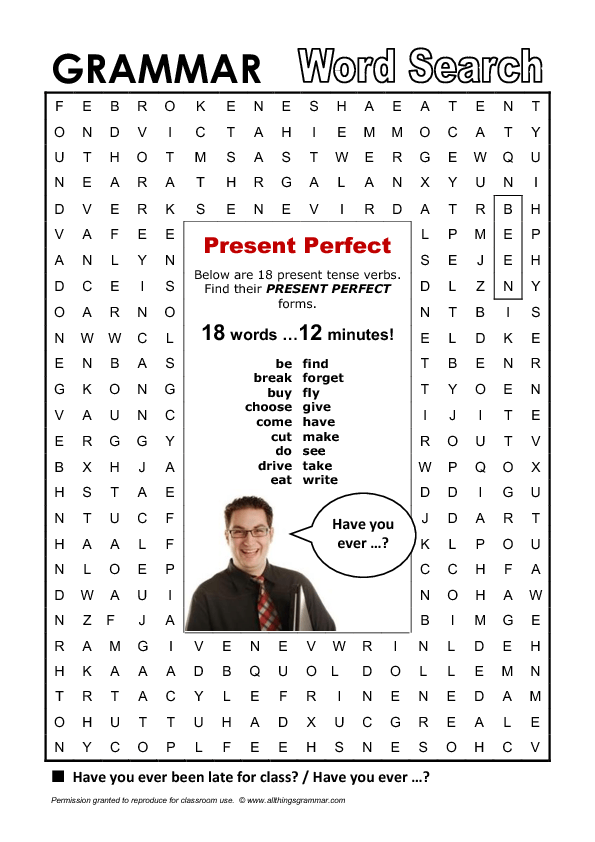 All of the rules for passive negatives and questions are the same as for the active voice.

Note: Verbs that have no object (no one to “receive” the action) cannot be put into the passive, such as, arrive, come, die, exist, go, happen, have, live, occur sleep, etc.

Fill in the correct passive form of the verb in parentheses.